Almost daily, there are stories about people being fired from their jobs because of stupid, inappropriate, obscene, racist, etc., etc., etc., posts they made on various social media platforms. In most cases, the action is appropriate given the nature of those posts.

Recently, a Frederick County Public School employee was fired after a Twitter exchange with a student in which she lightheartedly corrected a student’s spelling of the word "tomorrow". Here’s the tweet: 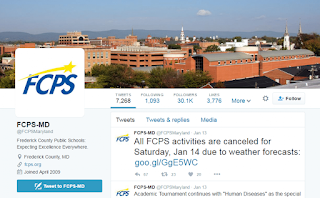 As you can see, the post garnered over a 1000 "likes" and retweets at that point. When school officials became aware of the tweet – only after those 1000 or so likes and retweets, they became concerned and told Ms. Nash to delete the offending tweet and not to continue that conversation on Twitter. A school official contacted the student, who indicated he was not offended by the exchange. For several hours that day Ms. Nash continued to tweet other school news and announcements, as was her job. A week later she was fired, in a four minute meeting.

What are the HR issues here?


I don’t think the school’s response was at all proportional to the "offense". Whether a classroom teacher or not, Ms. Nash works for a school system; in that sense, she’s an educator. Educators educate and correct. She corrected an error – in a lighthearted and almost innocuous way – albeit publically. She was also hired as social media coordinator, tasked with increasing engagement on social media. You don’t do that with boring, dry announcements. You engage.

FCPS may feel fortunate that at least right now, Ms. Nash doesn’t seem inclined to fight this. Public opinion may change all that, but I don’t think FCPS is going to come out on top in the public opinion arena.
Posted by Another Evil HR Director at 10:51 AM